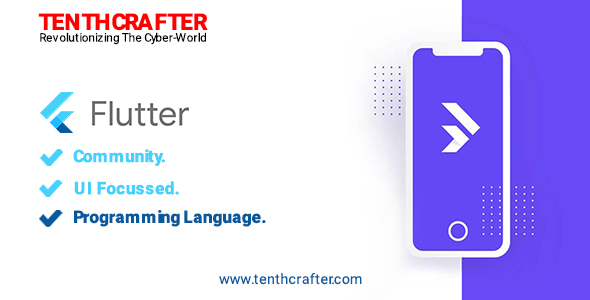 Flutter is an open-source UI software development kit created by Google. It is used to develop applications for Android, iOS, Windows, Mac, Linux, Google Fuchsia and the web.

The first version of Flutter was known as codename "Sky" and ran on the Android operating system. It was unveiled at the 2015 Dart developer summit, with the stated intent of being able to render consistently at 120 frames per second.[6] During the keynote of Google Developer Days in Shanghai, Google announced Flutter Release Preview 2 which is the last big release before Flutter 1.0. On December 4, 2018, Flutter 1.0 was released at the Flutter Live event, denoting the first "stable" version of the Framework. On December 11, 2019, Flutter 1.12 was released at the Flutter Interactive event.

Your experience on this site will be improved by allowing cookies.